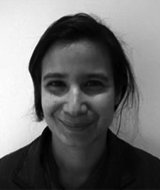 Tinge graduated with a BA in Medicine but left to pursue her love of film at NYU. Shortly after graduating from the NYU postgraduate scheme she, along with three other directors, was chosen to produce a three-minute piece shot in a day, Random Nights, as part of the FilmFour Lab launch at Edinburgh Film Festival. Her first film, Groove On A Stanley Knife, was partly funded by YMPA and won several awards.

Shadowscan, made under the “New Directors Scheme” at BFI/FilmFour won the BAFTA for best short film as well as being screened at Sundance and numerous other festivals around the world. Her short film First was played to great acclaim in competition at the Berlin Film Festival in 2008.

Tinge then went on to complete The Circle a half hour drama for Channel 4 and IWC’s Coming Up, talent scheme. More recently, she directed Dimensions, a 10 part online drama series shot on location in Malaysia.

Tinge is currently adapting best-selling novel Into the Darkest Corner for the screen as a feature produced by Revolution Films. She is represented by Curtis Brown. 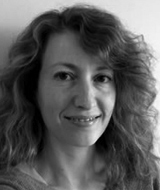 In 1996 Daniela completed her Masters degree in French History and Literature at the University of Rochester, USA. She then spent 2 years in New York at CUNY in the Comparative Literature PhD programme. But after taking a short course in film making, she decided to leave academia and set off to Paris to make her first documentary, If the Walls Could Speak, about public housing in Paris that was used as an internment camp where the French Jews were assembled prior to deportation to the death camps.

Daniela’s second film was Kissed by Angels, shown on Channel 4, where a 45 year old actress is diagnosed with breast cancer. Her emotions, her decisions, the operation, the outcome all come together in this 10 minute documentary.

Battaglia, a 58 minute documentary where photography and commitment are Letizia Battaglia’s only weapons against the Mafia was Daniela’s third documentary, commissioned by four European and Canadian broadcasters and also shown on ARTE.

Daniela’s most recent film, the feature length documentary Zoned In follows a teenager from the South Bronx over 9 years, and won the NY Loves Film Best Documentary Award at the Tribeca Film Festival. 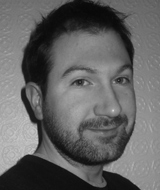 Kevin graduated from Bournemouth University with a BA (Hons) in Scriptwriting for Film and Television. He moved straight into television production as a Production Assistant on Peter Kay’s ‘Max and Paddy: Road to Nowhere’.

He continuously worked freelance within production on the feature films ‘Land of the Blind’, ‘Notes on a Scandal’ and ‘Hot Fuzz’ where he spent a year with Nira Park and Edgar Wright through development and production.

The David Cronenberg film ‘Eastern Promises’ followed on which Kevin spent over a year with Tracey Seaward and Paul Webster, the latter of which assisted in Kevin’s search for an agent for his writing whilst Kevin wrote a pilot for Channel 4 and contributed as a writer for ‘Skins: Series 2’. Kevin concurrently managed both aspects of his career by continuing to work in film on ‘Adulthood’, and television with the BBC dramas ‘Sherlock’, ‘Emma and ‘Luther’.

In 2009 Kevin developed, produced and directed the sci-fi webseries ‘Self Centered’ whilst working on ‘Inception’ and ‘Sherlock Holmes II: Game Of Shadows’. Kevin worked with Nira Park and Edgar Wright again when he Production Managed Ben Wheatley’s ‘Sightseers’. Currently Kevin has taken on ‘Nativity 3’ as the Production Manager. 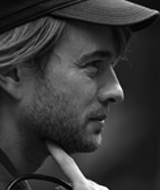 After returning to London in 2002 from France, where he set up & ran a design agency, Bob pursued his passion and interest in film, initially starting with a string of music videos he directed & produced, before working in various production roles from 1st AD to PM to Producer on a wide variety of projects, from promos, shorts to large corporate video campaigns.

It was in 2008, Bob meet up with Tinge & Disruptive and after initially working as Production Manger on one of Tinge’s earlier music videos and developing a strong working relationship, he has since gone onto producing Disruptive’s Promos and Viral campaigns. In the last few years he has been working more closely on the development of Disruptive’s slate of new projects, both in the Uk & Malaysia.